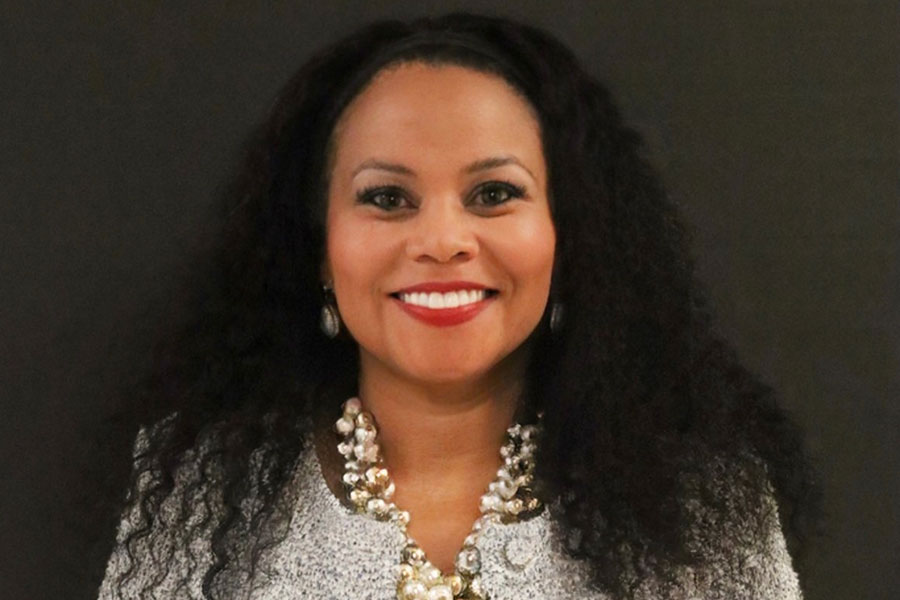 While working on Castellaw Connect, I reflected on how grateful I am to serve as Chair of the Baylor Department of Journalism, Public Relations & New Media. As one might imagine, the last few years have been the most challenging ones our faculty, staff, and students have ever experienced. But we persevered and managed to continue to do well in the face of adversity. We maintained low teacher-student ratios, high retention rates and improved job placement rates to almost 100%.

Our students are learning life lessons, securing good jobs, earning competitive salaries after graduation, and gaining acceptances into the nation’s top graduate schools. We are thankful for the chance to play a small yet significant role in their lives. We are grateful for the diligence and support of our faculty, staff and students, friends in the Baylor community and alumni group.

Our most exciting news of the semester was our department’s reaccreditation. The final vote at the 2022 Accrediting Council on Education in Journalism and Mass Communications Council meeting in May confirmed the reaccreditation of the Baylor Department of Journalism, Public Relations & New Media for the next six years.

Our department met rigorous requirements and is among the top-tier schools in journalism education in the nation. There are 117 schools accredited by ACEJMC; 114 are fully accredited and three are provisional. Accreditation is a voluntary process that requires participating universities to conduct a rigorous self-examination of nine standards—including, curriculum, learning outcomes, diversity, leadership, funding, and resources.

Since the November site visit, we launched an online M.A. program, and rebooted the American Studies Program (to raise visibility and increase enrollment numbers). On the horizon is an online broadcast sequence, launching in the fall of 2022. In other good news, we’ve launched an online M.A. Classes start June 3. If you’d like to enroll this fall, we’re accepting applications until July 15.

We are thrilled to launch a broadcast concentration in the fall under the direction of Student Media Director Bruce Gietzen. Students are interested — and jobs are plentiful. For more information, please see page 15 of this newsletter. With the broadcast concentration (and the relaunching of the American Studies master’s program), students have more great choices in Baylor JPR&NM: now standing at six concentrations, two majors and six minors.

Retirements and Farewells
Goodbyes are always difficult and saying farewell to Doug Ferdon, Ph.D., and Professor Maxey Parrish this spring was no different. Maxey retired in May after teaching 21 years and working another 20 years as a sports public relations office at Baylor. His wife, Susanne, also taught for the department for many years. We will miss them both.

It was difficult to say goodbye to Ferdon, who taught his last class in May. Ferdon hired most of the faculty in our department, and he kept the department on track during challenging times. We are going to also miss Doug’s wife, Sylvia, Baylor’s former women’s golf coach.

Other retirements on the horizon include Professor Bob Darden, Clark Baker, Ph.D., and Brad Owens, Ph.D. Searches are underway with the goal of hiring replacements for Sara Stone, Ph.D., and Owens in the fall. We will replace other retired faculty, as we receive faculty lines.

Advisory Board and Friends of the Department
We are pleased to welcome two new board members to the team: Lisa Schwartz and Preston Lewis. Schwartz has been an employee of Taylor (now Balfour) Publishing Company since 1993. Prior to that, Lisa taught in the Spring Branch Independent School District for seven years.

After beginning his journalism career at Texas newspapers in Waco, Abilene, Orange and Lubbock, Lewis spent 35 years in higher education communications and marketing, first at Texas Tech University and then Angelo State University where he retired in 2014.

We also added ten new members to our Friends of the Department Council.

Baylor NABJ had a busy 2021-22 academic year filled with accomplishments and stellar programming. The group helped host the “The Plight of the American Criminal Justice System” Symposium along with the Department of Journalism, Public Relations & New Media.

The symposium emphasized forgiveness, reconciliation, violence prevention and reform of the criminal justice system. It featured Anthony Charles Graves, Mark Osler, and Jeanne Bishop as the keynote speakers. During Black history month, Baylor NABJ hosted Cafe Castellaw, a weekly event that allows faculty and students to discuss career trends, resumes and other topics. The event hosted by Baylor NABJ included refreshments and faculty, staff and student reflections about the history and importance of celebrating the holiday.

Also, during February, the group sponsored a Black History event titled, “The Black Gospel Restoration Project” which included a field trip to the exhibit and a special talk by BGRP founder Professor Bob Darden.

Castellaw Kudos
We have lots to celebrate in this issue in the section we call Castellaw Kudos. Congratulations to Baylor JPR&NM Senior Lecturer Professor Kevin Tankersley, who has been named a 2022 Baylor University Libraries Summer Fellow. He will work with the Black Gospel Archive & Listening Center.

What was the hottest service-learning project on campus this year? Bears Helping Babies. In class, JPR&NM Lecturer Matthew Brammer had students consider how they could use what they have learned this year to help Ukrainian families. The students turned it into reality and raised more than $7,500 for baby diapers. Visit www.bearshelpingbabies.com
to learn more and donate any amount.

Jillian Price joined the newsroom of the Atlanta Journal-Constitution as a reporter covering local governments. Price graduated from Baylor University with a bachelor’s degree in journalism and continued her education at the University of Texas at Austin, receiving her master’s degree in journalism and media. An avid fan of documentaries, she has interned at several organizations including Channel 2 Action News here in Atlanta, the Daily Dot and Texas Monthly. Price is also a member of The National Association of Black Journalists, The Ida B. Wells Society and Alpha Kappa Alpha Sorority, Inc.”

Baylor University recently named Baylor JPR&NM alumna Moorea Long the Female Scholar-Athlete of the Year. Long graduated in May with a public relations major. She is a medal-winning performer on the Baylor Bears track and field team, competing in the high jump.

Baylor JPR&NM alumni Terry Barone and Philip Poole, ’77, received awards in recognition of their service to the profession and life members of the Baptist Communicators Association. Both have communications careers spanning 40+ years and both served as president of BCA. At Baylor, both served on the RoundUp staff and worked in what was then known as the Baylor news bureau as students. Barone retired in December 2021 after 30 years as director of communications for the California Southern Baptist Convention. Poole served as Baylor Public Relations Student Society of America. chapter president in 1976-77. He retired in July 2018 after 16 years as executive director of marketing and communications for Samford University. He retired once again in April after a second career teaching upper-level public relations courses for the University of Alabama at Birmingham.

Sommer Ingram Dean, J.D., joined the Baylor Department of Journalism, Public Relations & New Media in the fall as the Fred Hartman Distinguished Professor and Baylor University.
The Baylor JPR&Nm alumna is new to the position, but not Baylor. We are extremely excited to have someone of Sommer’s caliber on our faculty. She embodies the excellence we strive for in our department.

Kennedy Dendy, Baylor JPR&NM alumna, accepted an opportunity to work with Action News Jax in Jacksonville, Florida, in January. Kennedy graduated from Baylor University with a degree in journalism. While at Baylor, she worked as a reporter, anchor, and executive producer for Lariat TV News, where she covered many stories, including the controversial Shawn Oakman trial and acquittal. She joined the KEZI 9 News team as a news reporter in January 2020. Starting in April 2021, she also anchored on weekend mornings. Before KEZI 9 News, she interned at CBS This Morning in New York City. Working with the features team, Kennedy produced a variety of daily content.

Baylor JPR&NM graduate Joe Holloway (B.A., 2009) earned a juris doctorate, with honors, from the University of Houston Law Center on Sunday, May 15, 2022. After taking the July bar exam, he plans to join the real estate investment and finance group in Hunton Andrews Kurth’s Houston office in September 2022.

Pablo Gonzales acknowledges Baylor’s undergraduate program for preparing him for the position he is in now: a Fulbright Scholar serving in Mexico City, Mexico. Gonzales graduated with a major in journalism and a concentration in news editorial. After graduation, he joined Teach for America, where he taught at a public school in Dallas. Gonzales was a bilingual teacher for two years, helping his students integrate into the United States school system. He recognized the difficulties that came with migration and the difficult policies around it.
https://www.baylor.edu/journalism/news.php?action=story&story=228864

Midway High School commercial photography teacher Jamie Beavers is the 2022 recipient of UIL’s Interscholastic League Press Conference (ILPC) first place in objective writing and honorable mention in photography. Beavers, a Baylor JPR&NM alumna, won for a feature article on the Sul Ross Dance Club for senior citizens in Waco and for a photograph that she took of a groundhog while on vacation in Lubbock. Beavers’ students won 17 ILPC state awards and 15 Press Women of Texas honors, two of which advanced to nationals. She has taught photography, yearbook, newspaper, and independent study in journalism at MHS for 22 years.

Baylor JPR&NM graduate Valonia Walker, APR, recently joined the Hempstead ISD staff, as their Chief Communications Officer. Walker formerly worked as the Aldine Communications officer. She holds a bachelor’s degree in public relations from Baylor University and a master’s degree in strategic communication and innovation, and a certification in advanced and digital media from Texas Tech University. Before beginning her career in K-12 school public relations, Walker worked as the social media and events manager for Theater District Houston.

The Baylor Student Senate passed a bill of support to say thank you to the Baylor Journalism, Public Relations & New Media Department for conducting “The Plight of the American Criminal Justice System” Symposium in the spring of 2022. The two-day event attracted large crowds from both the Waco and Baylor communities and sparked a campus-wide discussion on topics ranging from the true nature of justice to the limits of mercy.

Bradfield Honored by Sunrise Rotary
“Swim for the sun.
Take only what you can carry.
Memories and children first …
Jettison the baggage.
Don’t try to save those who drag you down.
Reach out to hands that are offered,
But not to those trying to pull you under.” ~ Rick Bradfield

Beginning in Fall 2021, Professor Robert Darden resumed a collaboration Dr. Henry Louis Gates Jr. that began with the PBS documentary special, “The Black Church,” which aired in Fall 2020. Darden was interviewed multiple times in “The Black Church” about the intersection of Black sacred music and the Black church. The series also used digitized music and excerpts from sermons from Baylor’s Black Gospel Music Restoration Project (BGMRP), which Darden founded in 2016.

We feature many other alumni and faculty in this second issue of Castellaw Connect. To view Castellaw Kudos, please visit this link.

Thank you all for your continued support of our department. If you would like to be featured in Castellaw Kudos, please send your announcements of job transitions, birth announcements, and other accomplishments to Mia_Moody@baylor.edu.

Click this link to view the previous issue of Castellaw Connect.