The Fred Hartman DistinguishedProfessor of Journalism 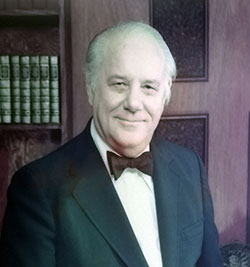 In the early 1990s, Hartman Enterprises gave Baylor University $500,000 to finance the Fred Hartman Distinguished Professor of Journalism chair. Hartman, a Baylor alumnus who passed away in 1991, served as editor and publisher of the Baytown Sun for 24 years before being named chairman of the board of Southern Newspapers Inc., an organization that owns and operates newspapers in a number of states.

Hartman eventually founded his own newspaper group, which has since evolved into the Texas Newspaper Group, owned by his son, Bill Hartman, also a Baylor alumnus.

This chair holds a three-year appointment.

The Hartman Professor will work to extend the visionary legacy of Fred Hartman by sharing his commitments to the news industry, entrepreneurship and social justice. The applicant should have a distinguished record in a journalism-related field such as print, broadcast, new media, advertising or public relations.

A distinguished career in academic journalism is also considered if the applicant has a prodigious record as a scholar. A Ph.D. or other terminal degree is a bonus but not required. The Hartman Professor inspires students in the classroom with insightful teaching and motivational lectures and projects. Additionally this professor works to engage our alumni base into enthusiastic participation in advisory council, donor and employment opportunities for our current students and graduates.

The holder of the Hartman Chair teaches four courses per semester, based on scholastic background. He or she engages in outreach to alumni through professional and/or academic meetings and personal contact, enhances an already-established national reputation, and elevates the visibility of the journalism, public relations and new media department.