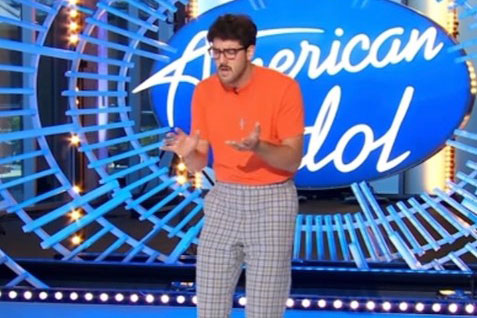 Congratulations to Baylor JPR&NM alumnus Thomas Patrick Moran, who was a contestant on Season 20 of American Idol. Moran, a digital artist, graduated with a degree in journalism from Baylor University. He is from Denver, Colorado.

Moran’s magnetic personality grabbed the judges’ attention the moment he walked in for the audition. In a rare opportunity, they let him sing two songs: ‘Chain of Fools’ by Aretha Franklin. He then went for ‘River’ by Leon Bridges, which put the trio in a bit of confusion.

Moran performed well. However, he was eliminated with a group of contestants.

Congratulations Thomas Patrick Moran! We wish you continued success in your career endeavors.